(Use the password by writing on the keyboard, do not direct copy it)

Immersive Gameplay & More
Experience the most authentic WWE gameplay ever, featuring thousands of new moves and animations, backstage and in-arena brawling, and the biggest roster of WWE and NXT Superstars and Legends to date.

Powerful Creation Suite
Create and develop your custom WWE Universe with the deepest Creation Suite to date, featuring new options such as Create a Video, Create a Victory and a Highlight Replay system. New features and additional content allow you to customize the most amazing Superstars, Arenas, and Championships.

MyCAREER and WWE Universe with New Promo Engine
The all-new Promo Engine brings the drama and personality of the WWE Superstars to life in MyCAREER and WWE Universe modes. Choose your words wisely and smack talk your opponents, start rivalries or form alliances. Your dialogue will shape your characters as they rise through the ranks of NXT and WWE to become WWE Hall of Famers! 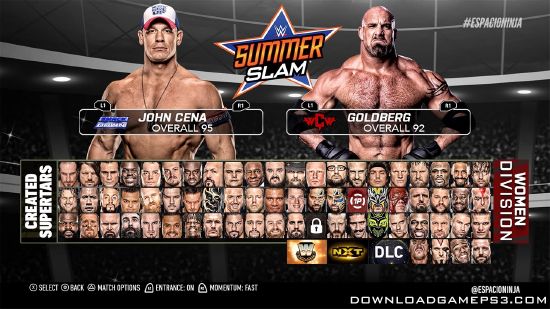 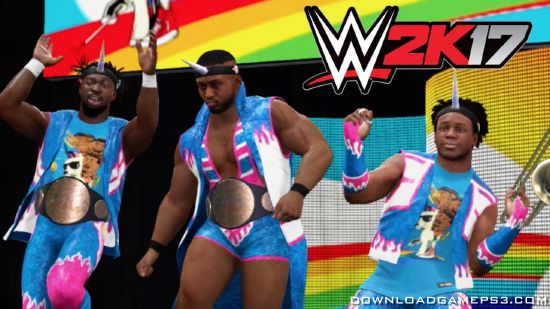 Can we get the DLC would be greatly appreciated

check link 1File “Link Mirror” it work for me

do you have wee 2k17 DLC pack? link please

Le fichier demandé a été supprimé par son propriétaire.
The requested file has been deleted by its owner.

use tool “jdownload” download all file => unrar with tool “winrar” with password
Use the password by writing on the keyboard, do not direct copy it
all work ok