Vostok Inc. is a casual game for a hardcore audience and a hardcore game for a casual audience. The premise is that you’re a corrupt, narcissistic yuppie, out to make as much money as possible. Think the Wolf of Wall Street… in Space.

It’s a twin stick shooter for the modern age, an age where audiences are limited by time and want to be able to play when they want, how they want, and on whatever devices they want. Want to play on console whilst sitting on the sofa? Sure. Fancy a quick game on handheld whilst on the bus? Go ahead. Want the game to reward you whilst it’s playing itself, on your mobile whilst at work? Don’t let us stop you!

The introduction of an idle clicker metagame into an already brilliant and satisfying second-to-second experience adds a whole extra dimension to the genre. Not to mention it makes the game more addictive than crack once you get going.

Of course no Nosebleed Interactive game would be complete without the extra bells and whistles, so as well as an adaptive audio system (which you can remix to your heart’s content) we’ve also got 13 minigames (including an FPS), Tamagotchi style virtual pets (or in our case, a Virtual Executives), and a massive suite of ship and weapon upgrades to unlock and mess about with. 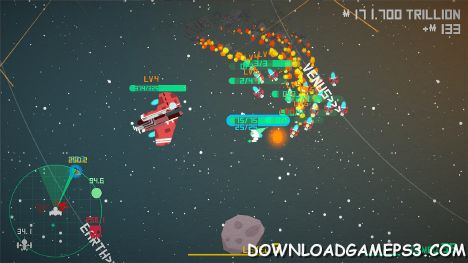 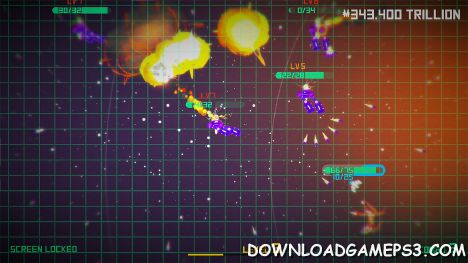 Hi, unfortunately, update links are down.