Set in early 20th century Britain during a bout of the lethal Spanish flu, the streets of London are crippled by disease, violence and fear. In a completely disorganized and ghostly city, those who are either fools, desperate, or unlucky enough to walk the streets lay prey to Britains most elusive predators: the Vampires.

Emerging from the chaos, a tormented figure awakes; as the player it is you who determines how to harness your new powers, by specializing in deadly, versatile RPG skill-trees that change the way you play. As a doctor recently turned into a Vampire, you try to understand your new affliction. Your quest of intuition, discoveries and struggles, will be filled with death and drama, while your attempt to stem the irrepressible thirst that constantly drives you to take human lives.

As you cling to what remains of your humanity, your decisions will ultimately shape the fate of your hero while searching for answers in the coughing, foggy aftermath of the Spanish Flu.

* Play a tormented and powerful Vampire learning the rules of your new condition. A man of science, a beast of the night: Your toughest battles will be within yourself.

* Build your own combat style through a wide range of crafted weapons and powerful Vampire abilities to defeat a large and unique bestiary.

* Choose your fate: moral choices will shape your story. How human could a Vampire be, when he must feed? 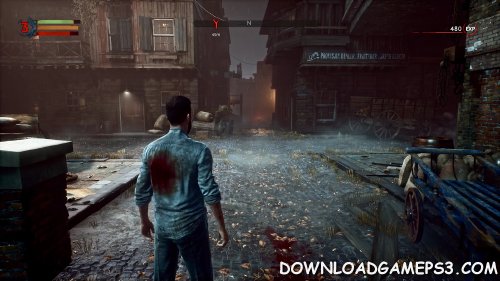 The Duplex release does not need any fix for 5.05.
It’s already backported.
Also it’s a good release with original keystone so you can read your original saves if you have original game.

how do i open rar files cause i downloaded a rar file and copied it to my usb stick and plugged it into my ps4 i went to debug settings>games>package installer then it said no packages found please help and please instruct it step by step. thank u 🙂

In this game(un-updated version)-To be a badass Vampyder – plug in a USB Keyboard into your PS4. Go into the level up menu when you sleep. choose any skill and press and hold down “P” on your USB Keyboard to infinitely increase your XP and become Blade.

I haven’t tried with the update but you could check. Usually glitches like this get patched in an update which is I’d recommend doing the glitch first before updating.

Only have english lang? Thx.

For all waiting for 5.05 fix ….. this game is running without a fix
So you can download 🙂

Without the update should it run

For all waiting for 5.05 fix ….. this game is running without a fix
So you can download 🙂

Maybe it don’t run with update….. but base game should run

thank you verymuch for everything
it would be really great of you to add sekiro and 5.05 fixes