Japanese demon-hunting returns this June with another installation in the high-action Toukiden series – with much of the same hacking & slashing adored by fans, but now accompanied by something the series has been begging for: a beautiful open world map.

As the hero of Toukiden 2 the player takes control of a warrior character known as a “slayer” who fought in the Twilight Yokohama Defensive War. In the midst of battle, he leapt forward 10 years and washed ashore in a village, leaving his memory behind.

The open-world is inhabited by a number of demons known as “oni” that appear from a different world. If players encounter a demon they will be able to enter a fight with it. In fighting these oni the familiar combat mechanic of targeting specific body parts to weaken and destroy them is used, but has also received various strategic improvements.

The foreign world that will becomes both a battlefield and home for players is an incredibly dangerous place, where their actions are limited and players must build bases — from towns buried in thick forests, temples in boiling lava, and fortresses floating in the sky — to secure their foothold before expanding forward.

As a hunting action game it is only fitting that the familiar online multiplayer element remains in tact. Furthermore, a new type of co-op play is said to be planned. 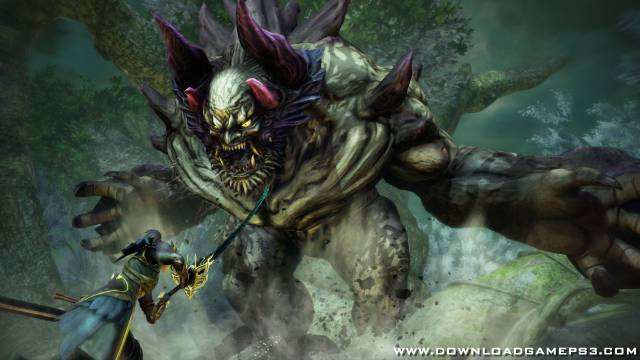 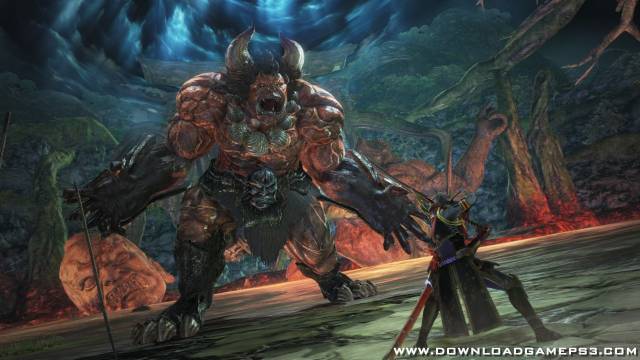 i think theres missing dlc’s theres like a ton of missions packs and a few mitama’s missing, are they available in ps3?

Please DLC FIX is not running

are these the only files needed?

Silly me, i needed to download the game in japanese, then the english patch and the update 1.06 of this game and after that I followed all the steps and it worked

Update and DLC Fix it’s same?
Update is PKG and DLC is PKG but in folder… name and size is same…

does this game can be played on ps3 HEN? I don’t see the pkg files

its folder game, it work for me
guide
https://dlpsgame.com/all-guide-install-ps3/

the english patch is dead

What’s the status of the english patch if you don’t mind me asking?

well dont know if it working for every one but here
if you have problem with Patch_files.bat(dont load or closing) right click on it choose chanage file here will be codepage number 65001 insert here different code like 1251 save then open again wait till cmd ask you yes/no enter y
wait again there will be a pause in logs click to “enter” wait again newly opened program will check files if everything okay there will be no error or bad files
previous steps and next steps written inside readme(comes in downloaded patch archive) or links

What i did was to open the bat file in notepad. There’s the word “echo on” on the very first line and i just rescripted it to “echo off”. And it did work, too bad the game itself doesn’t, i got a black screen whatver is patched or not.

HOW TO USE ENGLISH PATCH IN PS3 ?

where is the english patch..??? page cannot be found. is it removed.

I have a question… If the rap license is not included, that means that I dont need it? Some games have it just right there beside the pkg link, and other ones not.

Yes, just like on PSNDL site… But if the pkg game requires “renew license PS store” then it needs a rap file or some pkg crack file.

After you run patchfile.bat with no error step. Download the 1.06 game update which will be a pkg file. Run pkg file before running english patch cfw and dlc cfw on disc icon.