A power struggle begins in a civilization dependent on an ancient technology, the blastia, and the Empire that controls it. The fates of two friends traveling separate paths intertwine in an epic adventure that threatens the existence of all.
Celebrating its 10th anniversary, Tales of Vesperia is one of the most beloved entries in the ‘Tales of’ series and returns with beautifully remastered full HD graphics, never before seen characters, expanded story, and much more!

Features:
A BELOVED TALE RETURNS! The tale of a young hero on a quest for justice that captivated Tales fans returns to Xbox and makes its way for the first time to PlayStation 4, Nintendo Switch, and Steam!

EVERYTHING IN ONE EDITION! Dive into the Defi nitive version of this game with updated full HD graphics, brand-new music tracks, exciting mini-games, bosses, and a collection of unreleased costume DLC!

THE PARTY GROWS STRONGER! Yuri sets sail on his adventure with Estelle, a young noble woman; Karol; a boy in pursuit of a guild to call his own; Rita, an eccentric scholar; Raven, a laid-back archer; Judith, a mysterious dragoon; and Repede, a pipe-smoking dogand now two more playable characters join the fray!
* Patty Fleur, a cheerful and tough young pirate girl in search of treasure, adventure and her forgotten memories.
* Flynn Scifo, Yuri’s best friend and an Imperial Knight, now joins the rest on their journey!

FIGHT WITH FLAIR! Assemble your favorite team and enjoy exciting real-time battles with all new Mystic Artes and skills! 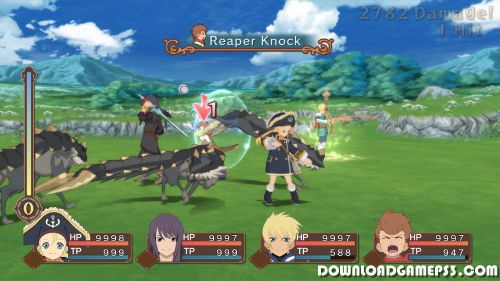 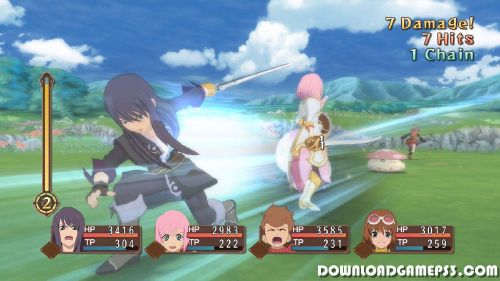 Can somebody upload it it is a huge file.

Can someone upload the 1.01 update patch

Nothing… Download 2 different mirrors. The game install correct, but when start the game, get ERROR CE-34878

SOLUTION: USE THE EXPLOIT MORE RECENT.

Awesome, love the tales of series. Only played Tales of Graces and Xillia though.

K then you should play the rest

Thanks a lot psp but we need the updates it’s so important and dlc please!

please upload THE MISSING JJ MACFIELD AND THE ISLAND OF MEMORIES

So glad these 5.05 patches are being pushed out for alot of games now. Reminds me of the old 3.55 kmeaw ps3 days