One of the most popular games of the early ’90s is reborn! Super Street Fighter II Turbo HD Remix, originally developed by Capcom for the arcade, makes its downloadable debut on the Xbox LIVE Arcade and PLAYSTATION Network. Capcom stays true to the foundation of the popular game by utilizing the original game code, while creating a fresh upgraded experience with new artwork and high resolution 1080p graphics. All of the art has been completely redrawn and created by UDON Comics, which currently publishes the official Street Fighter comic and is responsible for the new contemporary look of the Street Fighter franchise. Features all eighteen of the original Super Street Fighter II Turbo characters including Ryu, Guile, M. Bison and Akuma. One to two player head-to-head play either offline or online. Single player vs. CPU. Player vs. player over the same console. Player vs. player online. Training mode helps fighters hone their skills. Numerous online features: In-game voice chatting between players; Matchmaking flexibility through multiple options; Personal and friends statistics tracking; Worldwide rankings and leaderboards. 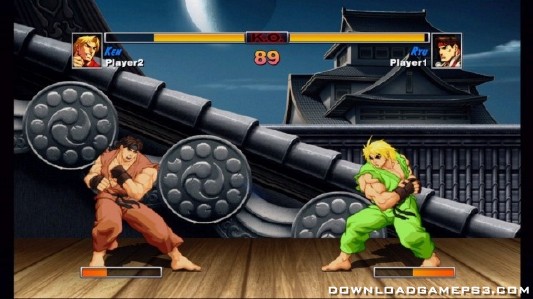 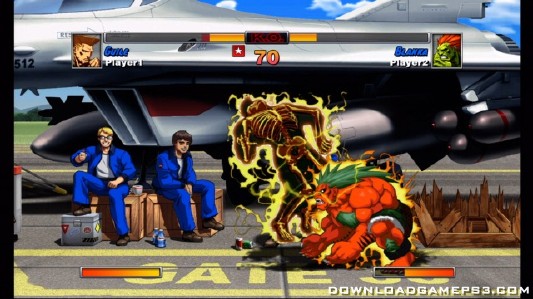 what is the fix for?

Unfortunately I’m getting black screen on this. There’s no rap file for this pkg? What’s the fix file for? I’m using HEN on HFW 4.84. Thanks, awesome site!!