The legendary fighting franchise returns with STREET FIGHTER V! Stunning visuals depict the next generation of World Warriors in unprecedented detail, while exciting and accessible battle mechanics deliver endless fighting fun that both beginners and veterans can enjoy. Challenge your friends online, or compete for fame and glory on the Capcom Pro Tour. The path to greatness begins here: RISE UP!

Download the cinematic story DLC A Shadow Falls today for FREE! Seven Black Moons are deployed by Shadaloo, granting M. Bison unimaginable power, as the earth falls into darkness. Seeing the moons mysteriously appear in the sky, Ryu, Ken, and Chun-Li embark on an epic journey around the world to retrieve fragment pieces that are the key to stopping the Black Moons before its too late. Along the way, they encounter the rest of the World Warriors, each of whom have their own agendas and motivations in mind. The final battle between good and evil begins now

* New and Returning Characters: Classic characters like Ryu, Chun-Li, Charlie Nash and M. Bison return! Many more new and returning characters will be added to the diverse roster, offering a wide variety of fighting styles for players to choose from.
* New Strategies and Battle Mechanics: Highly accessible new battle mechanics, which revolve around the V-Gauge and EX Gauge, provide an unprecedented layer of strategy and depth to the franchise that all players can enjoy.
* V-Trigger: Unique abilities that use the entire V-Gauge, which allow players to turn the tide of battle.
* V-Skill: Unique skills for each character that can be done at any time.
* V-Reversal: Unique counterattacks that use one stock of the V-Gauge.
* Critical Arts: Ultimate attacks that use the entire EX Gauge.
* PC and PS4 Cross-Platform Play: For the first time in franchise history, the online community will be unified into a single player pool, allowing for even more rivalries to be born.
* Next Gen Visuals: Unreal Engine 4 technology pushes the realism and next-gen visuals to new heights, making this latest entry the best looking and most immersive Street Fighter game of all time.
* Rise up: Ranking leaderboards track players careers and are integrated with the Capcom Pro Tour, the premier league destination for competitive fighting games.
* More to Come! Stay tuned for more announcements regarding new characters, stages, features, and more. 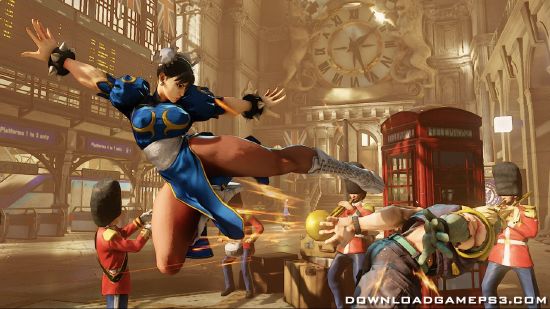 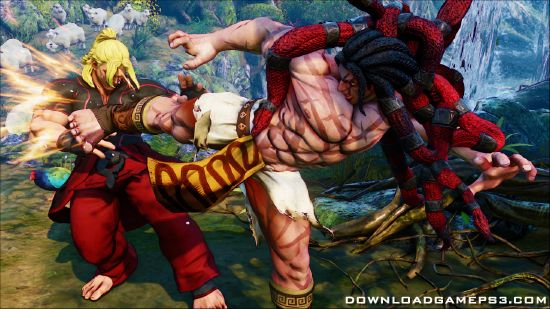