Star Ocean 5 is currently being developed by tri-Ace for PS4 & PS3, with the latter being the lead platform. PS4 will be a port with Square Enix looking into ways to utilize the share functionality.

Square Enix have announced that the title will release on February 25, 2016 for Japan, and an unannounced date in 2016 for the West (PS4 only).

Set in the year 537 Star Ocean 5 will take place between Star Ocean 2 and 3. Set on the dangerous and remote planet of Feycreed, located 6,000 light years from Earth, growing conflict will once again threaten the Galactic Federation and humanity’s hopes of order and peace.

Battles will be both seamless and in real-time. In addition to the traditional event scenes, there will also be seamless events where the enemies attack you. Different outcomes may occur if an enemy captures on of your allies during an event.

Basic battles are very much the same as previous titles, where the player controlled character will take on an enemy in a 1v1 battle. However, boss battles will include the whole party in your fights, which creates a difference in strategy and overall feel.

Famitsu interviewed the title’s producers and developers with some very positive answers being provided. Kobayashi, a producer, claims that “Star Ocean 5 is about bringing a sense or reassurance back to longtime fans…” and that there are no plans for story DLC or a re-released “Full Version”. “I sincerely don’t want to do anything with this game that’ll upset people even a little bit,” Kobayashi said. The overall game will reportedly be taking major cues from the fan-favorite Star Ocean 3. 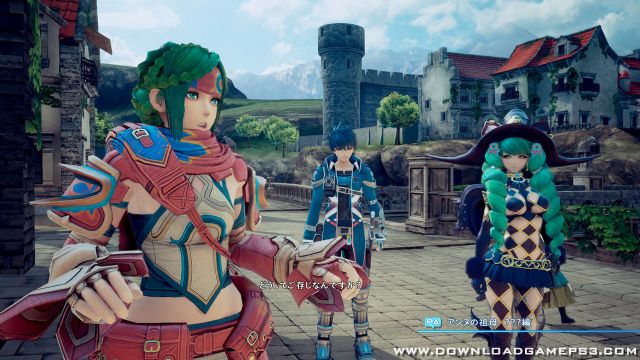 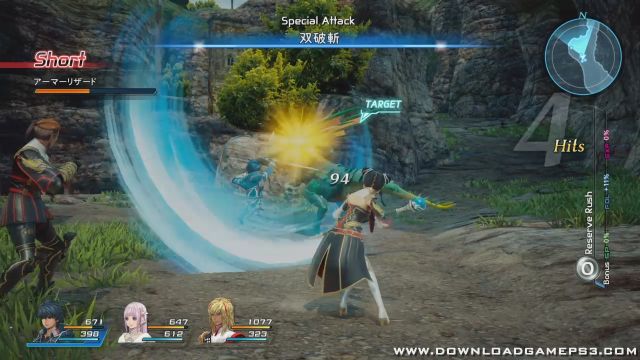 I have this game on ps3 but in jappanese, can i replace the file jappanese sub to english without download it again?

Thank you for Anybody to answer me.

is this playable now in rpcs3?,, last time i download it get stock at opening

HELP,i think there is something wrong with one of the files.The file is called(FAI_main_ps3.cpk)with 4.4GB , its located in …(Star Ocean 5 – Integrity And Faithlessness (BLJM61325 – Eng)\PS3_GAME\USRDIR\FAI_main_ps3.cpk). The problem is i am having trouble Splitting the file, i used Split4G and PS3Splitter, when the splitting progress reach 30%, my pc gives me a Blues Screen and it Automatically restart while telling me that i have gotten KERNEL_DATA_INPAGE_ERROR.
There is another file which is located in the same place called(FAI_main_ps3_RgA.cpk) with 6GB, for some reason i was able to split this file successfully with PS3Splitter, but couldn’t able to split the other one.
So please someone look into this and tell me if this problem could be fixed.
Thank You.

got the same problem

bro just delete them and play no problem

I did deleted the (FAI_main_ps3.cpk) file and tried to load the game. still not working.

could you add star ocean 2 second evolution pls? I searched everywhere and didn’t find it, there”s only the digital version released only in Japan.

Hello everyone, here I leave the link of the game patched in English by google drive .. The game works perfect.

Stuck on black screen. Pls update. Apparently some files are missing to get working.

For the Japanese version, get the scene release. It does include the files listed in this discussion.

Please upload the english version rutracker and make it by parts. Thanks in advance.

This game sucks, why bother playing it

For those looking for an english fan translation just go to rutracker and find it, i tested it on han 4.85 the translation is decent and it works fine so far.

This game is already downloaded from other websites and always shows the same error and problem.

You have the SHADER folder that you have to paste in usrdir, but you could get it for the game to work.

can you upload a english version

Please can you divide this file into 10 part of google drive?

can anyone try this game on a cfw for me plz? because on hen it’s not working

rerip this game again,missing files, plz i love this game.

it work for me, info your error ?

Heyy..
is this reuploaded version than before?
well, because it was unplayable..

i get black screen

not working for CFW 4.84 Rebug

this game does not work

us or eur version please

only jpn for ps3

The game is USA version or Japan version?