Shuetshimi is a randomized shoot’em up about a muscle-bound fish with memory problems.

Shuetshimi is a randomized shoot’em up about a muscle-bound fish with memory problems defending the seven seas.

Armed with your trusty bullet-morphing shotgun, defeat or navigate through waves of enemies and collect powerups as you battle your way through each of the game’s bosses. But there’s a catch (there’s always a catch): you’ve been cursed with an incredibly short attention span. Combat waves and upgrade cycles only last 10 seconds a piece, so you’d better act fast!
But wait, there’s more (information)!

Fishy Features:
-Endless waves, endless fun!
-10 second bursts of shmup action!
-5 different, upgradeable weapons to choose from!
-Over 30 upgrades to collect! Combine upgrades with different weapons for interesting combinations!
-Hats! Over 30 of them! Some hats unlock hidden “Hattributes” which modify gameplay even further!
-You can smoke underwater!?
-Leaderboards! Compete with friends and foes for the top score!
-Local Co-op! Work together or screw each other over when competing for the top score (NOTE: Vita version will not contain local co-op)
-There’s also a remarkable number of cats!

Shutshimi is unlike any other shoot ’em up on the market. For starters, you play as a gun-toting, “swole” goldfish. And then there’s the fact that enemy waves only last ten seconds each. Get it?*

*Its because goldfish have long been rumored to have a short memory-span. It isnt true, but we took creative liberties. 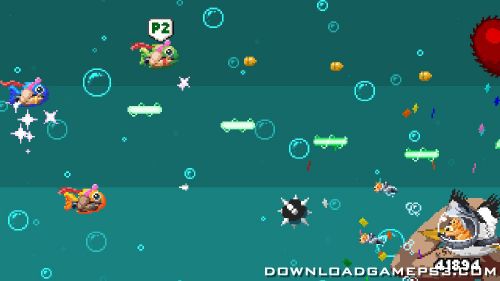 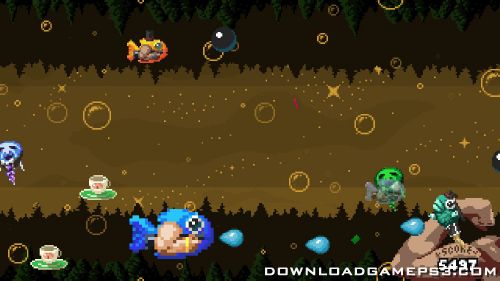 The links are down, sir.