Note : Link Mega only use with Jdownload2

I only repacked the English patch from BATU to do it more friendly and quickly.

The economic bubble of the mid to late 80’s will be playing a central role in both the plot and gameplay of Yakuza 0. Money has always been a key factor in the Yakuza series and will hold even more power in Yakuza 0, especially with the setting and increased focus on business management mechanics (according to the panel at TGS).

Money will also maintain the purchasing power for your character’s stats and skills upgrades. One of the key money-making mechanics has gone through a big change: money will now start flying out of your opponents as you beat them up, rather than having to wait until the end of the fight to collect it.

The story will follow 20 year-old Kiryu, who will be competing in Kamurocho’s real-estate market, against the financial power of five billionaires, in an effort to exert influence over the district. As evidenced by gameplay footage, simulation aspects will be central to the business gameplay – allowing Kiryu to systematically gain control over the area.

At the same time 24 year-old Majima will be running a hostess club, a concept that will be familiar to fans of Yakuza 4 as the mechanics will remain very similar. Players will have the ability to customize their club’s appearance as well as hire girls off the street. Players will be able to assume the roles of both Kiryu and Majima.

The game also includes over 100 sidequests which are said to play a critical role in your overall playthrough. The quests will provide you with another source of money as well as recruit bodies for your crime empire! 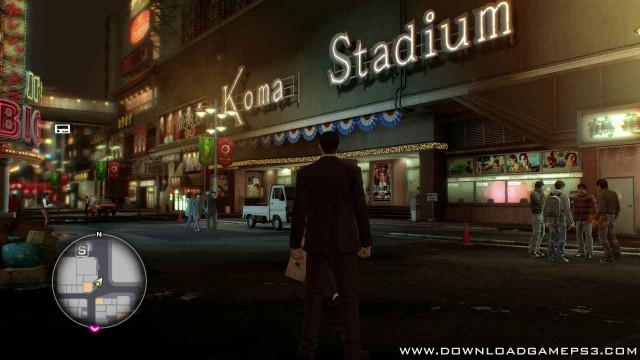 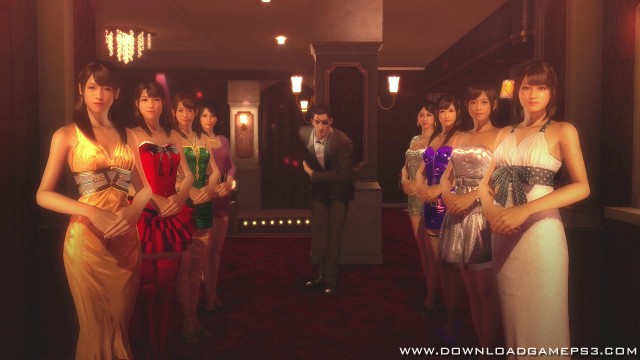 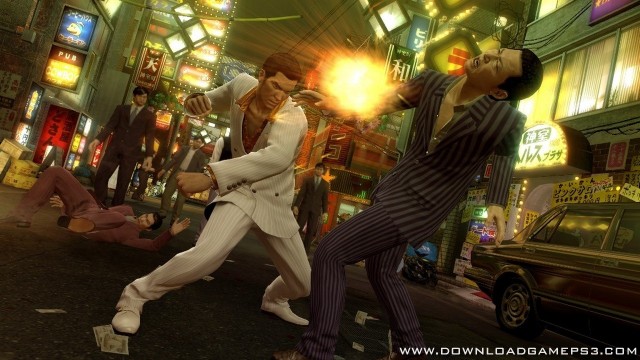 How to fix outrun minigames crash??????

The game is stuck on the loading screen (before the title screen), even without installing any updates or patches.

I’m not able to install, it gets to around 5-10% and errors in Japanese (something like “can’t copy files, restart and try install again”) but of course it never works on restart. I converted the MEGA download to ISO and same result. No patches or translations, just BLJM61249 on Rebug 4.85 CFW. How can I get this to install??

can someone pls help me, when i launch the game on my ps3, it just continues to load forever and doesnt even lead to the main menu pls help, i tried to install the 1.01 patch, it didnt work

Did you find a solution?

Can somebody help me? I played the game and it was all right,but i got stuck at a loading screen after finishing chapter 1

Yeah,i kept waiting on The loading screen for 30 minutes and nothing happened

I just installed on my ps3 and it worked!!! Thanks to everyone on this site and to everyone who traslated the game.(sorry for my english)

Can someone tell me how many GB is this game fully installed on ps3 ?

Hey everyone, if you used the fix i linked sometime ago, you should redownload it from here:
https://mega.nz/file/DypAzCZb#mzUF-G7q5ZP5P6ENAjP9uZoDyCi_YynB9K0simN0XRU
pass: krugrip
I have updated the archives for both 0 and kiwami with more stable fixes, the ones i included earlier worked but broke some parts later in the games (a minigame at club sega crashed the game in 0, for example) these work perfectly from start to finish, i beat the games myself using these and the english patch. you just need to resign the game files for 3.55 (if you use HEN anyway)
to do this you need to convert the game to iso using PS3 ISO Tools with all the tools manually updated. The patched files are included in my zips, as well as the old fixes and the instructions to patch the game files yourself. just make sure to update all the files in PS3 ISO Tools, the readme also have instructions to pass 2 substories in 0 and kiwami that broke if you use the english patch, i just left it in there by mistake lol
if you use cfw, i’ imagine you need to patch the files differently, but i have no knowledge of how that works as i have never used one, that’s why i left the old files in there: the main story works from start to finish in both games, the few (very few) things that don’t work concern the side content, so you could technically just beat the game with those outdated fixes if you can’t get ps3 iso tools to work for some reason, but your games might crash on a substory or minigame

Google drive links for the game is not working.

use link 1File, it work for me

Help, i cant get past the install screem

I tested it with a .iso format splitted and no problem with black screen. Use “webman” or sman and a CFW with Cobra. I don’t know if you a user HEN, because no “info” from you… the “game automatically update to 1.08” is a little nonsense, only if you are online and updated it?

I only repacked the English patch from BATU to do it more friendly and quickly.

how to install PAtch from batu. This file not PKG

Copy the files to “/dev_hdd0/game/BLJM61249/USRDIR/data” after the game install the gamedata not before. Or download my pack and follow the instructions.

Well, i intend to translate or port more text (cutscene) for this game, but firstly i need to do other things.

hey, when i install dlc/1.08 patch fix, the game disappears on RPCS3 and if i add myself, log says invalid or corrupt . any fix?

Overwrite the files into the game folder.

It doesn’t work in HEN, I understand that a fix is needed, where can I download it? Or is it the DLC fix?

A translation is already available
https://gbatemp.net/threads/yakuza-kiwami-ps3-english-patch.580142/#post-9316355

Hello how to install this patch?

Here we go , i translated game ( not options or cutscenes but ingame items and ingame dialogs. )
https://www.mediafire.com/file/yuhp0y62u669wrg/Yakuza_0_ps3_english_patch.7z/file
Hey guys can you all spread this link because i don’t have enough time .
Enjoy !!

this game works with hen
i need the file .rap?
idk pls tell me

can u make google drive link 500mb each part pls

i wish someone made english patch too

The links are all full, is it possible to add a torrent link or something?

use tool “jdownload2” redownload this file => unrar with tool “winrar” , all work ok

the game didn’t have english languange

Is a pkg file or folder format?

Does this game have English subtitle or not

How do we adjust the language settings?

Can you add alternative links?

check all link work for me

Game not work, every time i enter, the game it gives black screen, i use Hen 3.0

Does this have an english subtitle?

Is this game have english languange?

This game language is japan?

hi, please how to change the interface to english ?