Resistance 3: America is lost. Four years after the epic conclusion of Resistance 2, dishonorably discharged Sentinel Joseph Capelli is in hiding from the invading Chimeran menace with a pocket of survivors, including his new wife and young son. But when Dr. Fyodor Malikov arrives with a desperate plan, he sets into motions the events of Resistance 3, the third installment in the popular full-featured first-person shooter series. Resistance 3 is created by critically-acclaimed developer Insomniac Games exclusively for the PlayStation 3 system.

Set in a brutal, alternate 1950s universe, America has been successfully conquered and destroyed by the deadly Chimeran race, forcing the last remaining human survivors to seek refuge in hiding. Players must take on the role of Joseph Capelli, the last surviving Sentinel from a clandestine military program, as he comes out of hiding to journey across a land of ruin in a heroic fight for survival against the merciless Chimera. In addition to an epic single-player campaign, Resistance 3 offers two-player online or split-screen co-op through the single-player campaign, and a new, focused progression-based multiplayer experience. 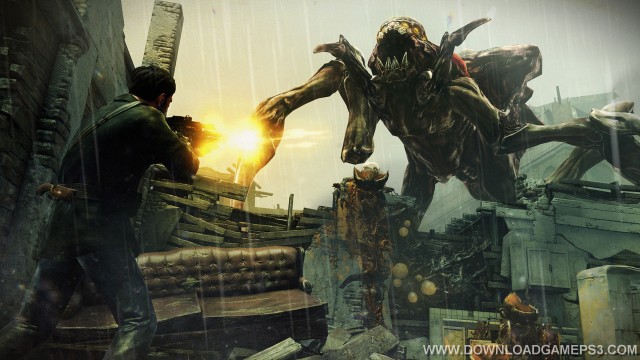 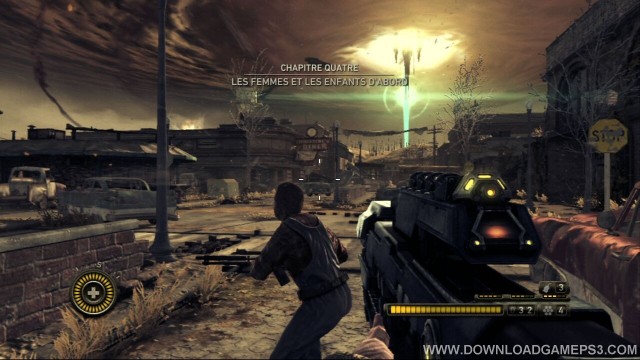 hi, i need help please, the bullets are not visible in the game, i’m new to this emulator and my concepts about it are quite low. I suppose that with some correct configuration I will be able to see them, someone who could tell me where the problem is?

Please, administrator, correct the post. It is not the European version. It is the American version BCUS98176. Therefore the DLC and updates will not work. Greetings!

you use link ? send me, i will check it

How to make game work please

convert to ISO format, and use WebMAN mod for run!! The game isn’t the europena version (BCES). Is the american version (BCUS). Don’t download the updates, they will not work

is there a PKG and RAP file for this game?

no, this game is in folder format only. I recommend you convert to ISO and play

Not working for me. Im on CFW 4.75. Did the update and the game setting to emulated.
Game starts. But then returns after 8 seconds to homescreen. Game rejected or so.

Where should i put the update data?

For everyone who might be having issues. Try renaming the folder [BCES01118]-Resistance 3

at least the mega version is the BLUS version, so the updates and DLC won’t match.

I installed the game, added the fixes and everything, but after I click on “New game”, the screen just goes dark and stays there. How can I fix this?

I’ve tried creating an ISO image, clicking on “BD mirror” and “Internal”, where the game is stored, and nothing works. There’s a blackscreen after selecting new game and the PS3 crashes. You have to turn it off manually.

Surprised to receive no answers from uploader Julian ?
….Not me….
have you figured out a solution ?

all the parts in BCES01118 google link not worke blease help

What’s the difference between Mega and mirror?

it same, us link mirror if link main die

Please up the BCUS98176 version,on googledrive…

Hi, this game is asking me to put the original cd. Is any crack that i must have? I downloaded the files 3 times and i get the same error.

thanks man, this works for me!

Launch the game on webman