Fix for the XMB screen
Thank Kyle Mangabat
“If you’re the same as me and you’d also have splitted the “rdr2_layer0.rpf” using PS3Splitter because it wouldn’t paste into your external HDD then in your Multiman Ps3 move the game folder from your external HDD to your Internal HDD and it should merge the splitted parts automatically, this should fix the problem that the game keeps coming back to the XMB screen.”

Red Dead Redemption GOTY is a Western epic, set at the turn of the 20th century when the lawless and chaotic badlands began to give way to the expanding reach of government and the spread of the Industrial Age. A follow up to the 2004 hit Red Dead Revolver, this game tells the story of former outlaw John Marston, taking players on a great adventure across the American frontier.

Red Dead Redemption features an open-world environment for players to explore, including frontier towns, rolling prairies teaming with wildlife, and perilous mountain passes – each packed with an endless flow of varied distractions. Along the way, players will experience the heat of gunfights and battles, meet a host of unique characters, struggle against the harshness of one of the world’s last remaining wildernesses, and ultimately pick their own precarious path through an epic story about the death of the Wild West and the gunslingers that inhabited it. 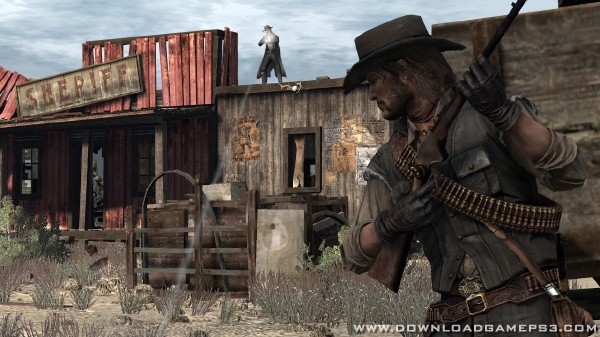 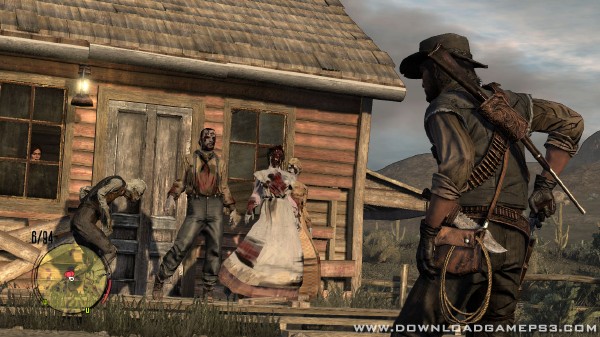 do i just copy the whole folder in the GAMES folder ?

can u put this same game to ps4 this edition thx 😀

I’ve downloaded the BLES01294, not pkg, used spilt4g, not issues. I’m on Hen latest version, didn’t need the xmb fix. I don’t understand how to use it anyways, just letting y’all know it worked for me! Thanks

how to install dlc pack?

how to copy game folder to hdd?

I just downloaded the game, what should I do with the two “Archivos Originales” and “Fix_Red_Dead_Redemption_GOTY” folders? How should I use these?

I have downloaded link mirror EUR Google. How to install PKG because can’t read on HDD eksternal

If i format the disk to NTFS, does it work or not
please answer me

Format your disk to FAT32, because PlayStation can read system FAT32

Why error when extract?

send me link you use, i will check it

no, I already used another link

how to fix error in xmb?

I have a question, the expansion “Undead Nightmare” is already included in the game? Or we need to download the expansion in other place?

link google drive. what is “jdownload2”

Reporting back that the non pkg file worked flawlessly even without copying something from the fix folder. Thank you very much!

i downloaded the pkg file by accident and then installed the pkg file with the ps3 pc emulator rpcs3 and then moved the installed folder to a fat32 usb stick and then splitted the rdr2_layer.rpf into parts. after copying the game over to internal hdd of ps3 and installing it to the drive all i get is a blackscreen and it sends me back to XMB screen. will test the other non pkg file and will report back.

Same 2 me anyone help plss

Can I play this on PS4 Jailbreak

I have a question, the expansion “Undead Nightmare” is already included in the game? Or we need to download the expansion in other place?

yes its included from the start menu theres normal,hard,undead nightmare

Its asking to insert a disc

Hello can someone help me ? the game will freeze as soon as the first video is ready

Excuse me this game can give you a ps3 emulator for pc with any of those download links that are there, they are all pkg format, right ??

why i cant make a copy in google drive? only this file dudeee.. pls help me

Hi, I have downloaded the game and was able to install that as well but whenever I try to play it, on the loading page where Rock stars agreement it get stuck and take me back to the main page of PS3. I need help to get this fixed

Link ver BLES01294 – EUR: Mega – Google isnt working after downloading it and extracting the game file folder it just doesnt finish when installing on ps3 hen 4.86 ps3 slim can u guys plz update i love the work yall do cuz i get all my games from this site 🙂

what folder does the file rdr2_layer0.rpf after splitting?

I am trying to play the game with the PS3 emulator RPCS3 but don’t get it working. Has anyone managed to get it running? Any help is highly appreciated.

where can I find it’s rap file to play it in rpcs3?

You should update your ps3 firmware

f you’re the same as me and you’d also have splitted the “rdr2_layer0.rpf” using PS3Splitter because it wouldn’t paste into your external HDD then in your Multiman Ps3 move the game folder from your external HDD to your Internal HDD and it should merge the splitted parts automatically, this should fix the problem that the game keeps coming back to the XMB screen

Where is the dlc

the link on gdrive not working, not respon to download anyway

1- After unzipping the files, you must use the files in the “Fix_Red_Dead_Redemption_GOTY” folder to replace the files that are inside the game folder “BLES01294”.

2 – After replacing these files, you must copy the folder “BLES01294” to an external repository (HD / Pendrive) it must be in NTFS.

4 – After the multiman restart, go to the option “mmCM – Drive PFS”, after installing the drive, access the file manager and copy the game to your Internal HD

How to install red dead REDEMTION with easy, here https://youtu.be/Oj7zESzHv7U