The game emphasizes on realism and allows you to drive trains in three different locations, including Chicago’s brown line, part of Tokyo’s JR system and Osaka. Your task in the game is simply, you need to run the train properly and make sure to stop on time at each station. Controls are pretty simple as well, you only need to control the train’s throttle.

Railfan differs from other train simulation games mainly by its graphics. The game’s graphics are displayed by a streaming video of the actual train lines. The camera shakes to give you the feeling of a moving train and cut-scenes will display additional overhead views of the train. 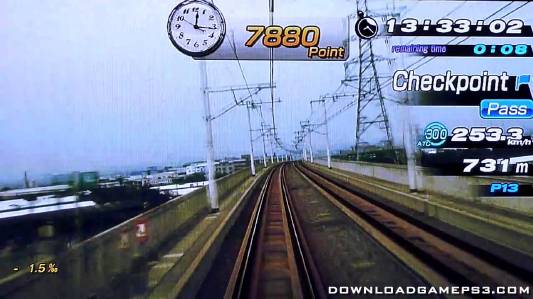 When entering the password mentioned above to unzip – I just get an ‘error, password incorrect?’ message for every single file. Does anyone know what the real password is?

hi it says that there is one file with wrong password when i use vnsharing.side password. how did you work around this?