Note : Tested on PS4 PRO 5.05 HEN 2.1 but remeber i game could have issues like grahpic/freez (i have some thing like this but after 3 crash because of freeze after every freez you must run again Hen 2.1(because after crash debug setting disappear ) game work great and last part is that your system will be on 9.05 (Of course after restart ps4 will be on 5.05, this just tell game your on higher firmare)

Note: Tested on PS4 PRO 5.05 HEN 2.1 but remeber i game could have issues like grahpic/freez (i have some thing like this but after 3 crash because of freeze after every freez you must run again Hen 2.1(because after crash debug setting disappear ) game work great and last part is that your system will be on 9.05 (Of course after restart ps4 will be on 5.05, this just tell game your on higher firmare)

When a new villain threatens New York City, Peter Parker and Spider-Man’s worlds collide. To save the city and those he loves, he must rise up and be greater.

Starring one of the world’s most iconic Super Heroes, Spider-Man features the acrobatic abilities, improvisation and web-slinging that the wall-crawler is famous for, while also introducing elements never-before-seen in a Spider-Man game. From traversing with parkour and unique environmental interactions, to new combat and cinematic blockbuster set pieces, it’s Spider-Man unlike any you’ve played before.

Sony Interactive Entertainment, Insomniac Games, and Marvel have teamed up to create a brand-new and authentic Spider-Man adventure. This isn’t the Spider-Man you’ve met before, or seen in a movie. This is an experienced Peter Parker who’s more masterful at fighting big crime in New York City. At the same time, he’s struggling to balance his chaotic personal life and career while the fate of millions of New Yorkers rest upon his shoulders.

Be Spider-Man
After eight years behind the mask, Peter Parker is a crime-fighting master. Feel the full power of a more experienced Spider-Man with improvisational combat, dynamic acrobatics, fluid urban traversal, and environmental interactions. A rookie no longer, this is the most masterful Spider-Man you’ve ever played.

Marvel’s New York is Your Playground
The Big Apple comes to life as Insomniac’s most expansive and interactive world yet. Swing through vibrant neighborhoods and catch breathtaking views of iconic Marvel and Manhattan landmarks. Use the environment to defeat villains with epic takedowns in true blockbuster action. 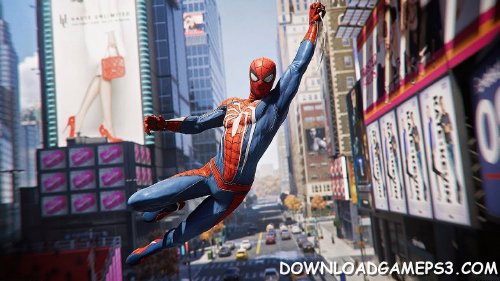 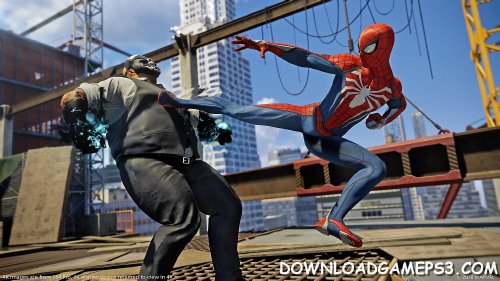 how do u run this?

Who can give me ps4 emulator please

Hello is it possible to upload CUSA11993 Spiderman DLC on 1fischier in a single rar file please. Zippy gives lots of issues. TY
﻿

Anyone else have an issue where the difficulty options at the beginning are invisible, Approaching a side mission NPC or selecting the Collections tab in the menu screen crashes the game? Also the DLC tab is missing in the menu?

Kinda’ feels like the PKG is missing some data but I’ve redownloaded the base twice now so I don’t really know what’s going on?

Anyone have a similar problem & managed to figure this out?

please update the US version to v1.19 please!!

CUSA11994 Has English(US), Portuguese(PT) and Spanish for voices. As for Subtitles and Menus they’re in Danish, Dutch, US English, Finish, Norwegian,Portuguese(PT), Spanish and Swedish, according to SerialStation website (good for this kind of information i may add). I’ll install it later and confirm this info tho.

Does the game have a black squares arround the screen? This never happen to me in any games, just in this

The game used to crash on me back on 5.05. But updating to FW 9.00 and using the GoldHEN exploit made the game work seemingly flawless to me.

how did you guys emulate it on pc???

You need to reupdate some of games. Some are old. Like this one is already update to v1.18 and USA version didn’t update yet.

Please I Want v1.19 Eur and thanks

I second this. Version 1.19 introduces three new suits into the game, coming from the Remastered version.

How to fix ASIA GOTY cannot manual save, please help me

And the Latin Spanish?

Hi, does the asia GOTY version already come with the dlcs?

can u pls add the arabic version of the game

you can play this in ps3 emulator?

Yeah, and make it for ps1 too, either you are a five years old retarded kid or just a natural dumbfuck, dan.