There is a wooden house standing in the thick of the forest. A single man resides there. As of late the house is visited by unusual Guests which knock on the window shutters inviting the hermit to take part in a game of hide-and-seek. The winning condition is simple, you have to remain alive and to retain your sanity till sunrise. This means that approaching the Visitors head-on might be a terrible idea.

There is an unusual cabin deep in the woods. It had served as a laboratory and a dwelling for three generations of Lodgers.

But as of late the latest Lodger has been noticing weird changes in familiar surroundings; things are missing, noises and rattle heard. Something odd is coming out of the woods. Come night, it seems like someone’s made himself at home in the twilight of rooms, attics, and cellars.

You need to stay awake and sane till dawn.

The Lodger is wandering the rooms, evading the unknown, counting minutes till morning. But it’s only in the night that he can solve the main puzzle and find the answers. What’s going on? Are the Guests real, ot are they just figments of his insomniac imagination? What’d happened to the forest? What’s happening to the cabin? Is there a line between reality and imagination?

In late November, 2011, a strange and troubling event has happened to our studio. We have received an anonymous e-mail which suggested that we should produce some “unconventional” game based upon the materials attached to the letter. Such offers are a dime a dozen and most of the time they barely deserve any attention at all, however, this one seemed quite different.

The attachment contained a set of 19 files added to an archive titled “lestplay”. The files (snippets of text, scraps of audio recording, video footage fragments) as well as the style and wording of the message itself appeared to be rather disturbing. The surface examination did not reveal anything straightforwardly terrifying, yet we could not escape the feeling that something truly sinister was lurking underneath.

The stranger was begging us to complete the project he has started, yet he also made us well aware of the risk we took as the proposed ludic situation would potentially explain what calamity befell whoever has compiled the ominous archive, thus urging ourselves to meet the same fate.

The unknown Author was a gentleman and a scholar – he stated that he would introduce no boundaries to our creative freedom, yet he insisted that along with the ludic situation itself the items forming the “lestplay” archive should be included into the game, “else everything would be futile”.

Alongside a significant number of others, we tend to lend a certain amount of credibility to mysticism, yet this specific predicament seemed more like a shoddy mystification. We were fed up with a massive number of similar “cursed files” tricks and at times we felt inclined to erase the whole thing for good.

However, upon consideration, we still decided to take part in this experiment. At the very least we would find out what the result would be, and what awful fate would possibly await us, as we will obviously be the first people to play the game.

-Hide! Play hide-and-seek with denizens of your nightmares.
-Don’t look now! The goal of each night is to reach dawn while still sane.
-Fill in the gaps. The house aids the Lodger. You only have to fix it up and keep it in order.
-Seek. The Lodger has lost something very important. The reason for what is happening is somewhere inside. Everything that is happening can be explained, you only need to find the key and bring it to light.
-Wait. In this game you need to watch and listen carefully. Inspect and scrutinize. You only have to last until the sunrise.
-Follow the rules of the game! Of course you must first understand the game being played with you. 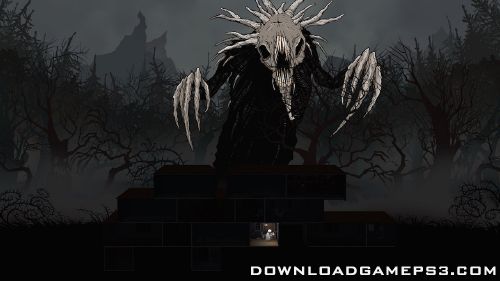 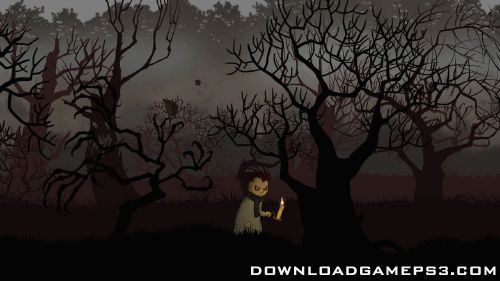