Shelly “Bombshell” Harrison takes on a quest to slay evil transhumanist mastermind Dr. Jadus Heskel in the streets of Neo DC. She leaves a trail of carnage throughout huge, multi-path levels filled with gigantic explosions, more secret areas than we can count, and inhuman foes behind every corner. There’s no regenerating health here; stop taking cover and start running and gunning.

Shelly’s crusade to take down Heskel’s army will see her leave destruction in her wake with a wide arsenal of weapons, complete with alternate fire modes and different ammo types.

Ion Fury laughs at the idea of mandatory checkpoints and straight paths through shooting galleries. But, just because this is a true old-school first-person shooter doesn’t mean we’ve ignored all the good new stuff the last two decades have brought. Headshots? Hell yeah. More physics and interactivity? You betcha. 3DRealms, Voidpoint and 1C Entertainment have taken the best of both worlds and cooked it all into a bloody stew. 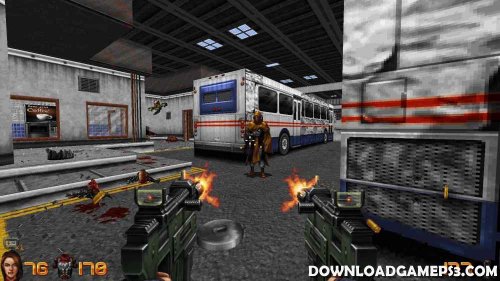 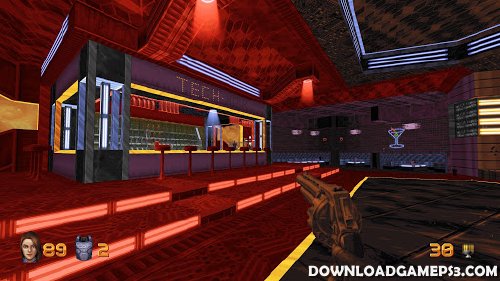 A MUST PLAY for all first person shooter fans. Old school and yet new school.