From the PS one to the PSP, this downloadable game allows you to play the classic original RPG on your portable system. The RPG genre was never really considered a mainstream or popular genre — that is, until the release of Final Fantasy VII on PlayStation. With Final Fantsy VII’s historic release on PlayStation in June of 1997, role-playing games were finally given the respect that they deserved and the RPG genre is now one of the most significant and defining on the system. Following the story of Cloud Strife, gamers were taking on a fantastical journey over 40 hours worth of gameplay. The game continued the trend of using the series’ staple turn-based battle system, complete with melee and elaborate magic attacks. 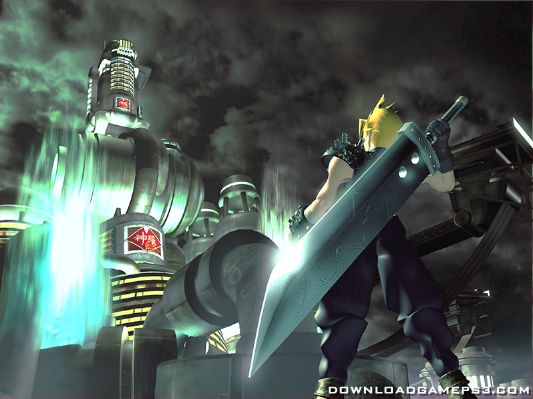 do i need a psn acc to run the game?

does anyone know how to install this directly to the ps3? or do i need to run an emulator?

The game is in Spanish. Could we please have the Multi5 Version? Or at least the English one.

The first time I launched the game, all I could see was the top part of the screen

hey how did you need an emulator to install it on the ps3?

You dont need an emulator, Just run the PKG

European version is in Spanish

It says I need permission when I login to my Google account. How do I bypass this annoying crap?

i use link google, it work for me, no login, try again

Is there final fantasy 8 for ps3?