A game based on the popular “FAIRY TAIL” is available on PlayStationⓇ4 for the first time!

■Play as powerful mages from different guilds
A total of 16 playable characters!
Various characters from guilds other than “Fairy Tail” appear!
Also, the game includes an original episode.

■Magic battles, Fairy Tail style
Familiar moves from the source material such as Unison Raid and Extreme Magic can be performed!
There are also Unison Raids that are original to the game.

Note: “FAIRY TAIL Digital Deluxe”, a set which includes the game “FAIRY TAIL”, is also available for purchase. Be careful to avoid making a redundant purchase. 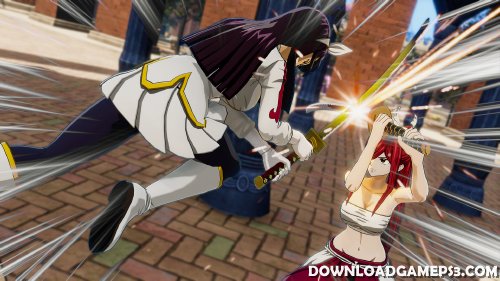 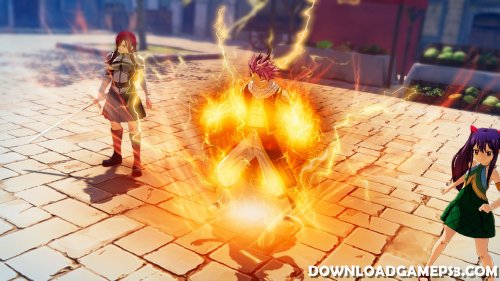 I spent 3 days trying to fix the cutscenes and it turns out its a bad dump… i patched buffers, i added authinfos and nothing fixes this and well this game doesnt even need imports patched so its really weird…

Is the black screen fixed?

Me too whit backport 5.05….someone have a solution? Pleaseeee

No one can solve this…

same issue with the one piece game how strange

you use link zippy ? size 6.61 gb
use tool jdownload 2 download it
https://downloadgameps3.com/guide-jdownloader-2/

For those who play it on 6.72 it really shows a black screen for all cutscene?and it needs a backport ’cause they add only 5.05 fix not 6.72 fix

Game broken… no one noticing???
I dunno if its dump or backport but cutscenes not playing, in game sections ok.
Cutscenes only subtitles appear…but audio and video not.
6.72 … hen 2.13b

yah, problem is the backport of mine, if you on 7.55, you will not having this problem, the dump is okey, wish opoisso893 or CyB1K can fix this with manual backport, or otherwise, we stuck without cutscene,

Any other have this problems?

some of the cutscene have blackscreen

I wonder what FW min is Visage

Plz give us UFC 4
pleaseeeeeeee

Nice! how about ’em Yoga Master?

Thanks. There are other subs?

Thanks! I don’t get why lots of people are given a game, then they ask for something else instead of being thankful