A demonic invasion has overwhelmed the Union Aerospace Corporation’s Martian research facility, leaving horror and death in its wake. You are one of the few survivors, a marine with access to an arsenal of weapons. Fight your way through the darkened, claustrophobic corridors of the research facility and into Hell itself to stop the invasion from reaching Earth.

DOOM 3: VR Edition also includes both expansions – Resurrection of Evil and The Lost Mission. In The Lost Mission you are the sole survivor of Bravo Team, tasked with destroying a teleportation relay located deep inside Hell capable of sending an army of demons to Earth. Resurrection of Evil takes place two years after the events of DOOM 3 — you must recover an ancient artifact able to open a portal to Hell and destroy it before the Maledict can use it to exterminate humanity.

THE COMPLETE CAMPAIGN EXPERIENCE
DOOM 3: VR Edition includes over 15-hours of gritty sci-fi action-horror gameplay and includes both terrifying campaign expansions – Resurrection of Evil and The Lost Mission. The expansions dive deeper into the demonic invasion, ratcheting up the action and horror with new powerful weapons and dangerous enemies.

AIM CONTROLLER SUPPORT
Immerse yourself even deeper into the terrifying world of DOOM 3: VR Edition with the Aim Controller. Hold demons at bay by blind firing from cover and lean around corners to survey the area without exposing yourself to attack. Use the Aim Controller’s intuitive aiming to land lethal shots against demons and sweep darkened rooms hiding unknown horrors with the weapon mounted flashlight. With readily accessible DUALSHOCK®4 controls and an ergonomic design, swap weapons and lob grenades easily while remaining comfortable so you can survive and play longer.

CLASSIC WEAPONS, IMPROVED LOOK AND SOUND
DOOM 3: VR Edition’s arsenal feels, looks and sounds better than ever. Every weapon is upgraded to support full VR movement, with improved visual effects and higher resolution detail. To complement their new look each weapon’s sound effects have been completely revamped to be louder and meaner. 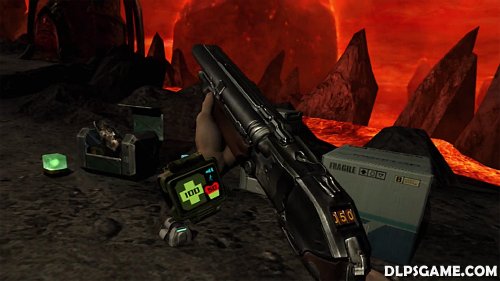 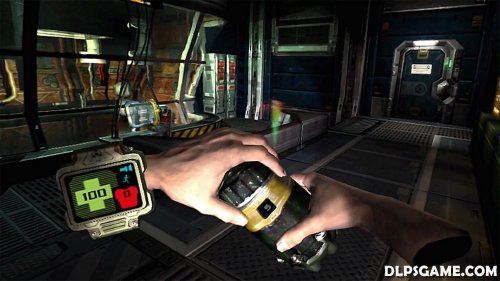 Yesss! What a great xmas gift, I was waiting so long for this release