In Disney Infinity: Marvel Super Heroes, players will use real-world interactive Marvel figures to activate original storylines (Play Sets) in the virtual game worlds of some of Marvels most popular franchises, including The Avengers. In the Play Sets – penned by award-winning Marvel comic writer Brian Michael Bendis – players will be able to take on the role of more than 20 Marvel characters including Captain America, Iron Man, Black Widow, Thor, Hulk and Hawkeye to battle enemies, complete challenging missions, solve puzzles and ultimately save the world from destruction.

Featuring an enhanced Toy Box mode, Disney Infinity: Marvel Super Heroes will introduce new structured, franchise-themed adventures that players can customize and play using any in-game character from across the Disney Infinity universe. Fans will also have hundreds of Marvel-themed items, locations, props and characters at their disposal to create their own stories or even re-create their favorite comic book moments. 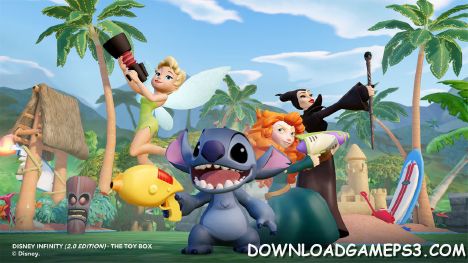 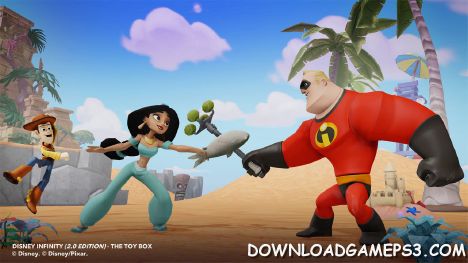 So is there any bypass for playing this game without the base and figure ? because when I launch the game, there isn´t a way to play it without those accesories.

@userps4 hello are you test it ? Is it playable now ? Like you see in the commentsthe previous upload doesn’t work .
And I found this note on playstation store what does this (NOTE: A CONSOLE COMPATIBLE DISNEY INFINITY BASE AND A MINIMUM OF 1 DISNEY INFINITY FIGURE IS REQUIRED TO PLAY.)

tested on my console and it is my dump

Does this works without the base

link 1file deleted and link host is corrupt when install teh .pkg please

i used jdownloader2 and winrar

Game gives an Error while instaling .PKG file on Console.