Dark Souls Prepare To Die Edition will include an untold chapter in the world of Lordran. Sent back to the past, player will discover the story when Knight Artorias still lives. New Bosses – Including Black Dragon, Sanctuary Guardian, Artorias of the Abyss. PVP Arena & Online Matchmaking System – Quick matching for players to play 1vs1, 2vs2 and 4 player battle royal. New Areas – Including Oolacile Township, Oolacile Sanctuary, Royal Wood, Battle of Stoicism which is the training ground for online PVP battles. New Enemies – Including Wooden scarecrows, Chained Prisoner, Stone Knight. New NPCs – Including Hawkeye Gough, Elizabeth (keeper of the sanctuary). New Weapons and Armor – Equip some from the new bosses, enemies, and NPCs The Story Dark Souls is the new action role-playing game from the developers who brought you Demon’s Souls, FromSoftware. Dark Souls will have many familiar features: A dark fantasy universe, tense dungeon crawling, fearsome enemy encounters and unique online interactions. Prepare for a new, despair-inducing world, with a vast, fully-explorable horizon and vertically-oriented landforms. Prepare for a new, mysterious story, centered around the the world of Lodran, but most of all, prepare to die. You will face countless murderous traps, countless darkly grotesque mobs and several gargantuan, supremely powerful demons and dragons bosses. You must learn from death to persist through this unforgiving world. And you aren’t alone. Dark Souls allows the spirits of other players to show up in your world, so you can learn from their deaths and they can learn from yours. You can also summon players into your world to co-op adventure, or invade other’s worlds to PVP battle. New to Dark Souls are Bonfires, which serve as check points as you fight your way through this epic adventure 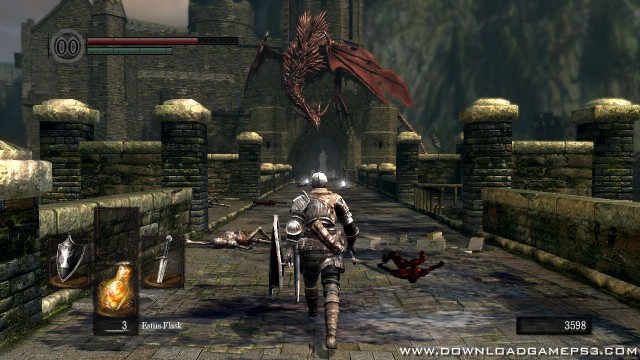 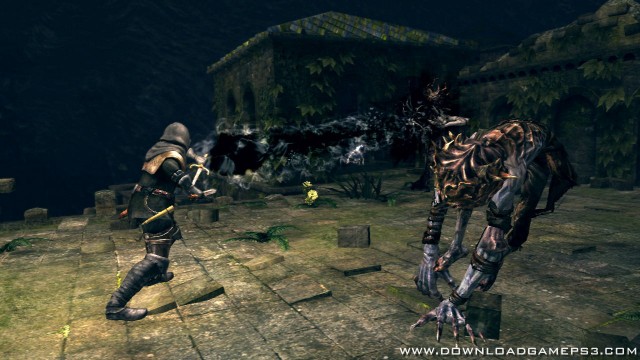 why tf google link is offline and usenet

starting the game and loading screens are very slow. how can i fix it?
I’m on the newest cfw FERROX COBRA 4.87 & newest multiman
game is on internal hdd

When i open the game it only shows loading screen bonfire

I cannot do shit because of this ads and mega data transfer limit. Fu﻿ck.

How do you copy this with NTFS formatted drives?

Copy it to Packages on the PS3 with IRISMAN

I cannot access the Mega link to download the European version, there are many ads that don’t allow me to enter

Thanks psp @ author for all your game uploads and efforts

it work for me
if link google limit => view [Guide Fix Limit Download Google Drive] the right post
or
https://dlpsgame.com/guide-fix-error-limit-download-google-drive/

You can either download a DLC FIX file or just redownload the game.

I think the saves should be there as long as you’re in the same region, I can’t confirm though. A DLC FIX or redownload will work though.

Here you have the game and the DLC separately, and the content I think is the same as the prepare to die version https://dlpsgame.com/dark-souls-ps3-iso/

Cant start the game. Doesnt load. What can i do?

Hey! Is this a continuation of dark souls? what differences are between them?

what is the difference of prepare to die edition to dark soul only?

it didnt work for me , the game icon doesnt show in my ps3 multiman but and i copied the folder

Does the prepare to dije edition contain the DLC?

why do u need permission to download from google drive…?

hi, i can´t play de DLC or found how to begin the chapter

none password, it work for me
you use link ?

It also comes to me that I need a password for the rar, does anyone know what the password is?

guys does it work on US version

dude, the link of google drive its down.
not found error 404.

Google link is down. Error 404

use link Host, it max speed, no limit

hey bro the link of google drive its down