Full details for this update from Treyarch can be found Here

Full details for this update from Treyarch can be found Here

Black Ops is back! Featuring gritty, grounded, fluid Multiplayer combat, the biggest Zombies offering ever with three full undead adventures at launch, and Blackout, where the universe of Black Ops comes to life in one massive battle royale experience featuring the largest map in Call of Duty history, signature Black Ops combat, characters, locations and weapons from the entire Black Ops series.

Soldier up for all-out combat tailor made for the Black Ops community.

MULTIPLAYER
Call of Duty®: Black Ops 4 Multiplayer raises the bar, delivering the most thrilling grounded combat experience yet with a focus on tactical gameplay and player choice. The game offers a new level of online action across a variety of new weaponry, maps and modes. For the first time Multiplayer serves as the center of the game’s narrative, as players uncover a deeper connection to the role of each Specialist and their unique playstyles. With the return of the Pick 10 Create-a-Class system and when combined with the new Gear category gameplay becomes more customizable than ever, giving players choice over how to power up their Specialists. Combined with the ability to unlock devastating Scorestreaks along the way, players will have the opportunity to be dangerous alone, or unstoppable as a team.

ZOMBIES
Call of Duty®: Black Ops 4 delivers the biggest Day 1 Zombies offering ever with three full experiences at launch, IX, Voyage of Despair, and Blood of the Dead. With an exciting new adventure and a brand-new cast of characters, Call of Duty: Black Ops 4’s Zombies will feature the deep gameplay and easter eggs that its fans have come to expect.

BLACKOUT
In Blackout, Black Ops comes to life in one massive battle royale experience, combining Black Ops signature combat and the biggest map in Call of Duty history. Play as fan favorite characters and battle through iconic settings from the Black Ops universe. It’s a collision course bringing together the worlds of Black Ops in an all-out survival and elimination experience featuring weapons; equipment; land, sea, and air vehicles; RC-XDs; traps; and even Zombies in an experience that is uniquely Black Ops. 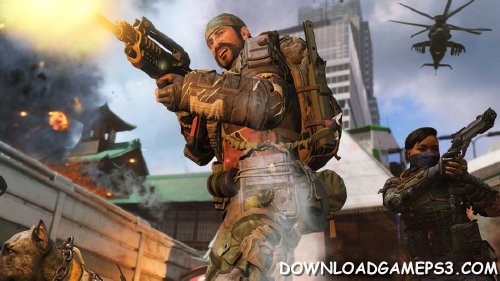 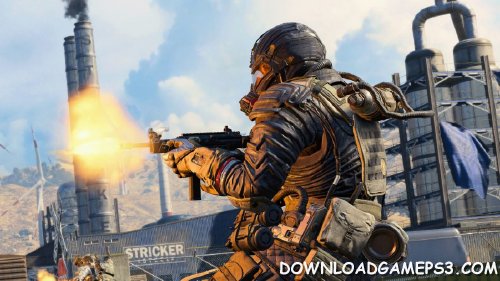 Any versión with spanish please? Thankkkks a lot

@psp hey which one is the real password of CUSA11100 – USA CYB1K and TJK13… I tried to enter downloadgameps3.com said its incorrect password…

send me link you use ! i will check it
try Password: Th3B4tm4nWhoL4ugh$

you use link ?
send me link you use, i will check it

İ downloaded base game v1.25 all parts rar from mirror zippyshare link and i extract game winrar gave me a part 23 was broken is this part 23 was corrupted?this link=https://www99.zippyshare.com/v/Vei1fdBN/file.html

its freezing in intro any fix plz

Credits to TKJ13 for the dump!

Notes: 5.05 Backport! For the repacked game with the fixed keystone which we fixed the save corruption!

There was a problem with the keystone on TKJ’s 1.25, i repacked the game for him to fix it. Its uploading now, sorry for the issue!
We shall post it soon, including the backport to 5.05

Anyone else getting the “corrupted save” problem with CUSA11100 release?

I have the same problem with CUSA11100
but no one helps

I managed to fix it by using hen 2.1.1
Thats the only way to fix

P.s you should use hen 2.1.1 the first time you launch the game then you can go back to using your usual version

Please tell me sth about save data corrupt

I downloaded CUSA11100 with game + update + dlc
then I installed and I saw new dlc maps. I played it they are cool. I continuously get save data corrupt warning. I click ok to create another one. It ask me again.

How do you get the DLC to work? No maps work, and under View Installed Add-ons, everything just has a ? next to it.

DLC supposed to work in offline mode with bots? Don’t see any new maps or anything.

use tool winrar ! search google it

we need version with arabic language.

Note: This game only works on an activated PSN account, link/tutorial inside

how to play single player

THX PLS READ ALL 😀
Why does it stutters heavy??? Like unplayable, it lags every time, system does not, game yes, menu and credits too, ALL. ps4 6.72 with Al Azif exploit host, Mira payload, all other games like god of war, mortal kombat 11, spiderman etc, don’t lag.Also my ps4’s hdd is perfectly fine without riallocated sectors, original 3Gbits Sata 2 5400rpm 500gb, my ps4 is fat version first version. Occuped memory is 369,1 GB/408,5 GB, is it frammented or what? I tried to reboot the system and re use payload, I installed 4 dlc of 5. Oh I dont know why, i cant install fkgs on external hdd set as game allocation, it says an error. Why? What exploit HOST do u suggest me to try? THX PLS READ ALL 😀

can you play online on private server ?

1file down on the game

Zippy for omega is missing part 4

Having problems downloading this game it has no working links.

psp
Author
Reply to  scott B

you use link ?
Link “filecrypt.cc” is currently having errors “https://filecrypt.cc/404.html” some time of day because sever overload
Guide Fix:
– Try accessing it again at another time of the day
– If You do not want to wait, You just need to use the software to fake your IP address into a country IP in US, then try the link again, it will work fine.
I’m using software fake IP: Hotspot Shield
+ Download ver Free: https://www.hotspotshield.com/
+ Download ver Full Key: https://greencracks.com/hotspot-shield-elite-crack