Umbrella Chronicles takes place from the first person as your characters move through a fully 3D mansion. This action/shooter hybrid reveals the back story behind the fall of the Umbrella Corporation by exploring locations from past Resident Evil 0, 1, 2 and 3 as well as new never-before-seen locations, such as Umbrella’s stronghold.

The sequel to Umbrella Chronicles, Darkside Chronicles takes place in Resident Evil 2’s Racoon City. It’s September 29, 1998, and the city has turned to hell due to the effects of the T-virus. Players take control of Claire Redfield and Leon S. Kennedy to deal with the undead. Only this time, the enemy is not the Umbrella Corporation … instead, players venture into the unexplored areas of the Resident Evil story, along with the darker passages of the characters’ histories. 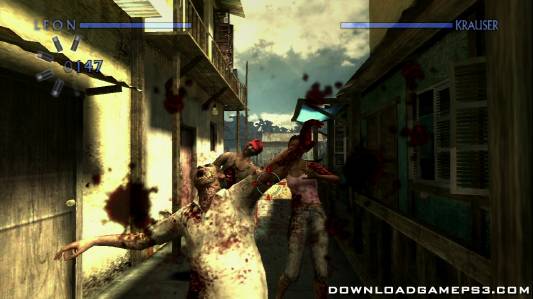 IT does not work the first Game, the Second is fine (Japanese)

now it work for me try again
use tool “jdownload” download all file => unrar with tool “winrar” , all work ok

Link is down as well, the only working is 1File and takes forever