Its time for battle

Build your garrison, control air, land and sea forces and outwit your friends.

Ready your forces
Hold your ground

Its 1942, the height of the Second World War, and your platoon of troops has just landed on an island in the South Pacific ocean. You need to think fast, deploying your forces and resources to fight off a determined enemy.

Command infantry, armour, ships and warplanes as you battle to establish a foothold. Then you can build your army up to launch strikes on nearby enemy territory in a free-to-play title that blends battlefield strategy with quick-thinking combat management. Just remember to leave strong defences behind otherwise you could return to a ransacked base.

-Control troops, jeeps, tanks, naval vessels and air forces as you fight for supremacy in the South Pacific.
-Establish your base, build it up and fortify it with everything from sentry posts to howitzers.
-Train a fighting force ready to invade nearby islands and improve your strategic advantage.
-Launch strikes against your friends but be prepared for retaliation. 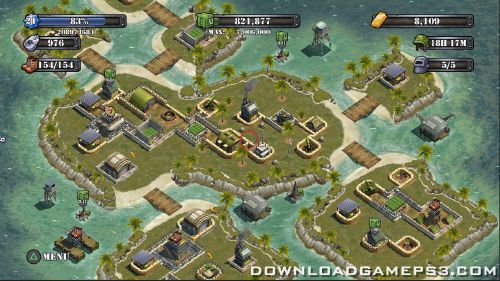 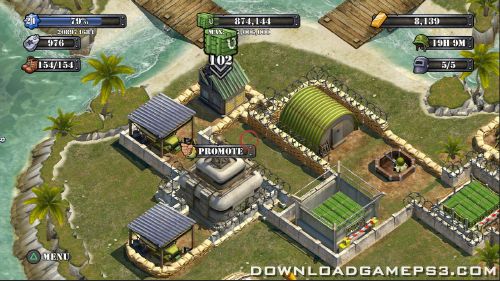 this is a retail encrypted fpkg and should be pulled.

Game not working I have error: Buy this game on Ps store