Assassins Creed 3 Liberation: The year is 1765. While the seeds of the American Revolution are being sewn in Boston and New York, Spanish forces in the South plot to seize control of Louisiana for the Templars, threatening to forever shift the balance of power in the New World. As Templars secretly take hold of the slave trade in New Orleans, Aveline de Grandpré, an assassin of mixed French and African heritage, stands ready to defend her people. She soon finds herself on an unforgettable journey that will take her from the crowded streets of New Orleans to voodoo-haunted swamps and ancient Mayan ruins. Whether eliminating her enemies with new assassination skills or luring them into cunning traps, Aveline strikes mortal fear into the hearts of those who would stand against freedom. 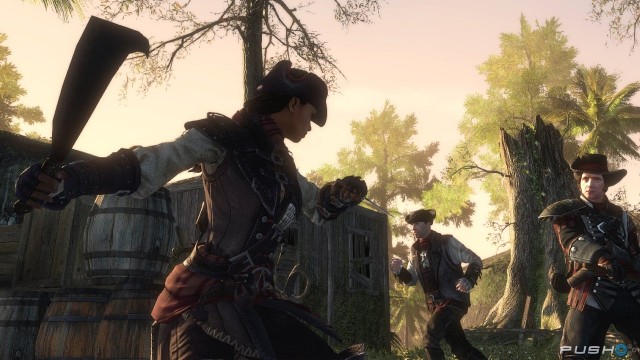 Thanks it worked perfectly

how do you get the full game? , I’m confused by the tutorial above

How do you install PKG games?

Help me
I still get the trial version

How did you activated the game ?
My reactpsn says that it doesn’t find the file

Im on CFW. If the game has a rap file launch the Reactpsn on aa user(you created) with your usb attached. But if the game is trial/demo version to unlock full game launch Reactpsn on user1(name of my ps3 user) then hold O and make sure no usb attached.

To activate the full game, take the .edat file that was downloaded along with the game and place it in the user profile as follows: start multiman, go to the file manager, select the device where I keep the .edat file (it should have been placed in a usb formatted in fat32) press circle and copy the file … Then open another window and select devhdd0, then home, once there select the user and paste the .edat file (if you have multiple users on PS3 it is recommended to paste the file in all users). if you do everything correctly you will have full game

Why did I only get the trial version?????